The Sky's the Limit: The Faces of Autism 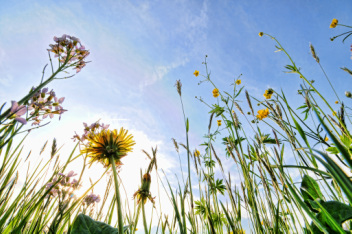 When my sister was growing up, people were quick to tell us what she couldn't do. She'd never go to a normal school, never keep up with the other children, never read, never write an essay, never pass an Honors class, never pass an AP class, never get into university Honors, never be able to live away from home. In short, she'd never be where she is today, having done all of those things and more. Yet with each new hurdle passed, and each naysayer discredited, a new person steps up to take their place.

It is with this background that I write this today and tell you that not only can people with high functioning autism do all these things, some will even go on to do things you and I could never hope to. As evidence, I offer up a whole host of people who are the top performers in their fields - and also happen to have autism. Don't believe me? Click on their names and read up on them. Every last one of these people is on the autism spectrum and succeeded despite (or perhaps thanks to) their autism. For a person with high functioning autism, the sky's the limit.
Now, is every person with autism some sort of savant-like superman? Certainly not, although that is certainly a widespread myth on the other extreme. People with ASD are just as human as you or I are and generally subject to the same limitations, if not more in some areas. Just as most "normal" people won't go on to become multi-millionaires, famous actors, or Nobel Prize Laureates, it's the same with people on the autism spectrum. My point here, however, was to say that people with high functioning ASD can be, as many are, incredibly successful in life in many different fields.